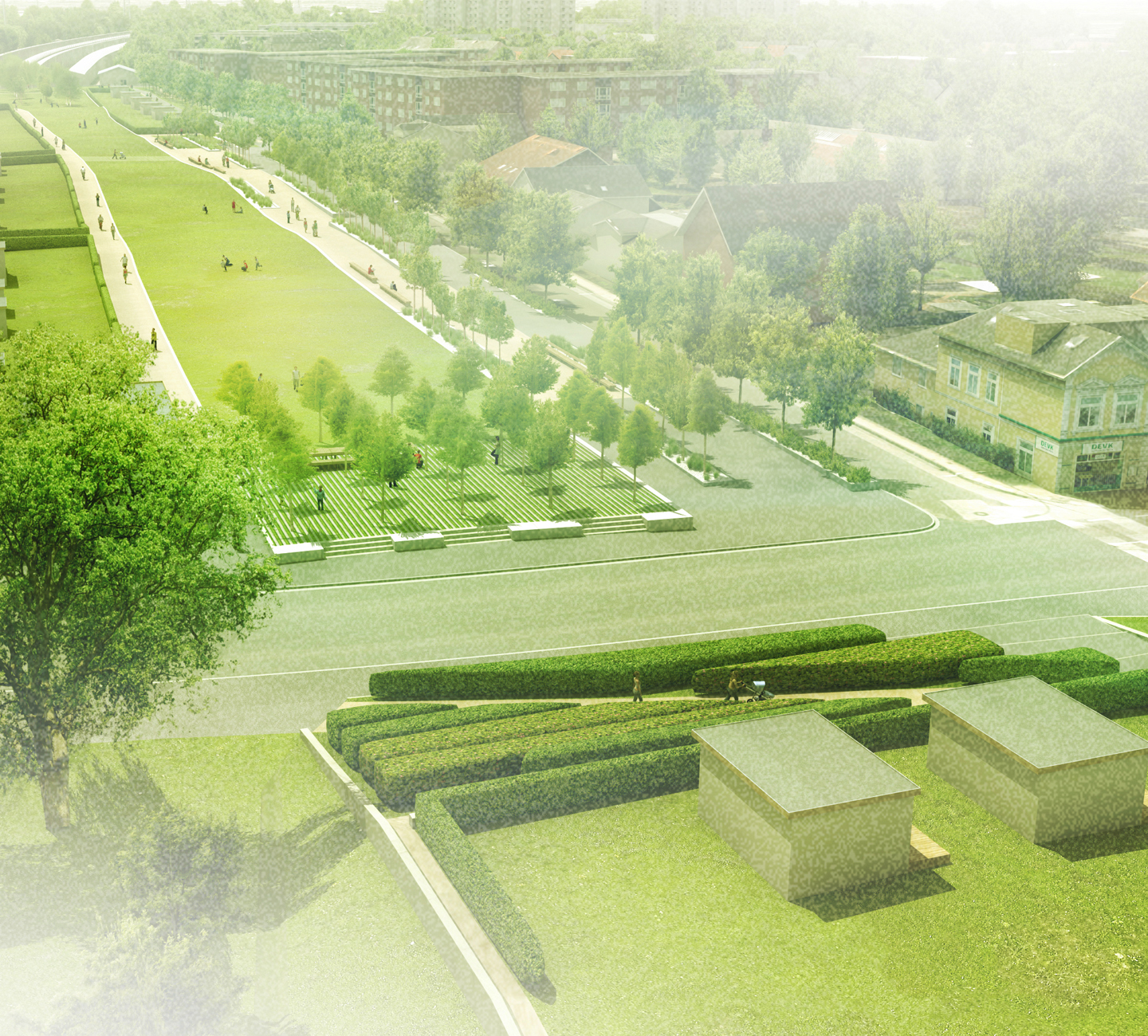 "Finally the lid on it - that's what the people in the Hamburg-Schnelsen district to the right and left of the motorway have wanted for a long time." This is how the NDR Hamburg Journal report on POLA's latest project, the Dorothea-Buck-Park, begins. The "green crown" of the 560-metre-long tunnel was ceremonially opened today by Eimsbüttel's District Chief Kay Gätgens and Hamburg's Mayor Peter Tschentscher.

"This is probably a unique project in the world, in which such a wide traffic road as the A7 is covered by a lid at various points (...), so that there is quietness for the neighbourhoods and that new areas are created - for small gardens and green spaces." All in all, this is a huge step for Hamburg's urban development, Tschentscher told NDR.

Our design for the park on the Schnelsen A7-Deckel emerged as the winner of an open space planning competition in 2010. Since then, 44,500 tonnes of earth have been moved, 150 trees planted and 42 small gardens built to turn our idea of a picnic in the countryside into a built reality. Edouard Manet's painting "Le déjeuner sur l'herbe" served as inspiration for the Dorothea-Buck-Park. Where once avalanches of cars pushed along in the open air, today - above traffic noise and four-lane roads - a vegetative biodiversity thrives, residents meet for picnics, neighbourhood children play football in safety, and allotment gardeners grow fruit and vegetables.

The three-hectare green roof is about 34 metres wide on average. It owes its name to the sculptor Dorothea Buck from Schnelsen, who campaigned for the destigmatisation of mentally ill people. The large neighbourhood park on Frohmestrasse is also named after people who have been active in the medical context: Geschwister-Tölke-Platz is dedicated to the sisters Erika and Ilse Tölke, who supported numerous social projects and cancer research with their charitable foundation.